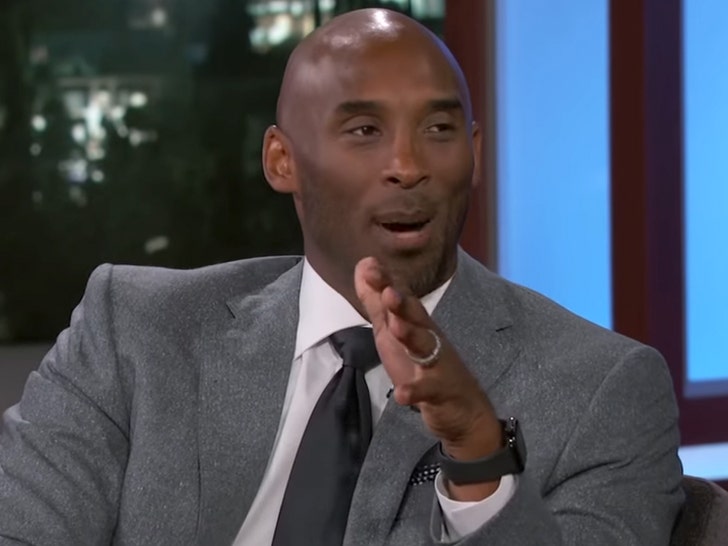 Now ya have … ’cause Kobe Bryant just backpedaled completely on his stance that he would’ve won a ton of rings if Shaq wasn’t so damn lazy, saying, “I kinda said that tongue-in-cheek!”

Of course, Kobe poked fun at Shaq in an interview with Patrick Bet-David last month, saying he would’ve had 12 championships if the big man had worked harder … and doubled down by claiming he tells that to Shaq all the time!

Shaq quickly fired back on social media, saying Kobe would’ve had those rings if he had just passed more!!!

The two squashed the beef publicly minutes later … and when Kobe went on ‘Jimmy Kimmel Live‘ this week, he explained it’s because he was actually PRAISING Shaq with the comments!

“Here’s the thing, it was really a compliment,” Kobe said. “People missed the whole first half of that in which I said he was the most dominant player I’ve ever seen and I felt like he could’ve been the greatest of all time.”

“So, people kind of missed that part of it — they caught onto the lazy part. But, that was like, I kinda said that tongue-in-cheek! We weren’t going to win 12 rings!”

Kobe said he actually had to text the Big Diesel after the comments went viral, saying, “No hard feelings, I still got love for you!”

Bryant says he even followed that text up by buttering up to Shaq — saying he can’t wait to watch Shareef O’Neal ball at UCLA this year.