Sued for Jacking ‘All The Way Up’ 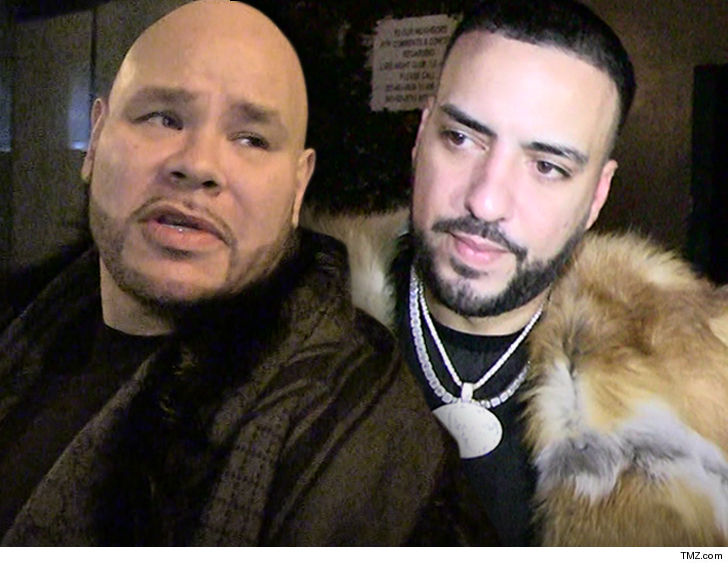 Fat Joe and French Montana pocketed tons of cash off of their monumental hit, “All The Way Up” … but one rapper claims he co-wrote the track, then got the short end of the stick.

According to docs obtained by TMZ … Eric A. Elliott (aka Fly Havana) says he’s a struggling Miami-based hip-hop artist who co-created the track back in 2015 over the course of a few hours, working alongside rapper Infared.

But, according to docs, Elliott says Fat Joe cheated him out of credit and compensation. Elliott says he nagged Joe about getting a credit, but it wasn’t until March 2016 when Fat Joe finally agreed to meet — at an IHOP, no less — and cut him a check for $5k.

In the suit, Elliott says Joe promised more dough would come as the track generated more income — but Elliott says that never happened. He also claims he confronted French Montana outside of DJ Khaled‘s studio in 2017 … and got the silent treatment.

Elliott’s suing to get co-writing credit for the track and other damages. We’ve reached out to Fat Joe and French Montana … so far, no word back.