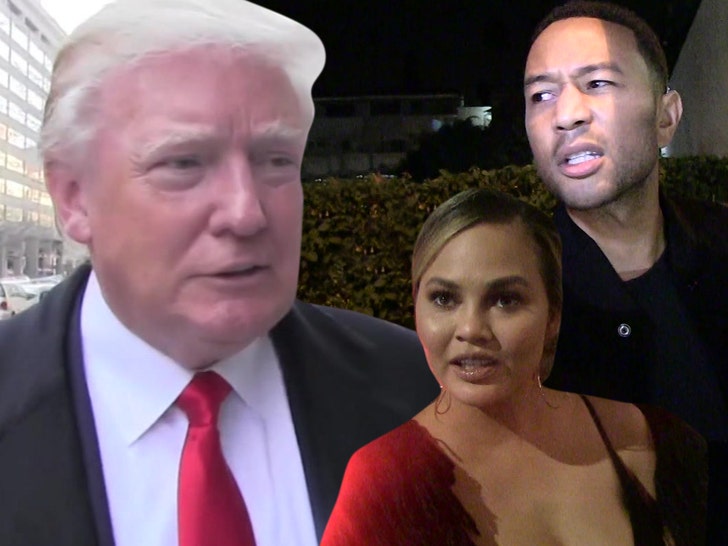 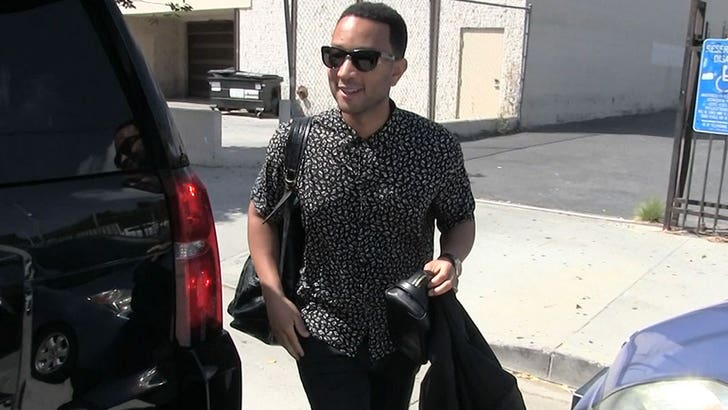 The singer says there’s not much else to say on the Twitter spat, because everyone already knows this is Trump’s MO.

President Trump got into some name-calling online with John Legend and Chrissy Teigen — and the latter cranked things up to 10 by calling DT a “p***y ass bitch” in response.

The vulgar insult was fired off Sunday after 45 tweet complained about no one in the Democratic Party giving him props for doing some major work in criminal justice reform — taking aim at John and Chrissy in the process, but avoiding using Chrissy’s name.

The Prez wrote in reference to the First Step Act he signed into law last year … “But now that it is passed, people that had virtually nothing to do with it are taking the praise. Guys like boring musician @johnlegend, and his filthy mouthed wife, are talking now about how great it is – but I didn’t see them around when we needed help getting it passed.”

….musician @johnlegend, and his filthy mouthed wife, are talking now about how great it is – but I didn’t see them around when we needed help getting it passed. “Anchor”@LesterHoltNBC doesn’t even bring up the subject of President Trump or the Republicans when talking about….

Well, Chrissy absolutely took notice of the omission — she’s pretty good at this whole Twitter thing, in case you didn’t know — and clapped back at POTUS with a vicious reply.

lol what a pussy ass bitch. tagged everyone but me. an honor, mister president.

She wrote back to him, saying … “lol what a p***y ass bitch. tagged everyone but me. an honor, mister president.” Chrissy said she did NOT want #PresidentP***yAssBitch to trend … sarcastically, of course — but #filthymouthedwife ended becoming a top-used term, instead. #TeamChrissy is trending now too.

Worth noting, Trump blocked Chrissy on Twitter back in 2017. The federal appeals court has since ruled Trump can’t block people from his official Twitter account — but it’s unclear if he has UNblocked Chrissy.

John got in on the mud-slinging as well, begging Melania to basically come get her man … and give him the attention and praise he’s so desperately craving.