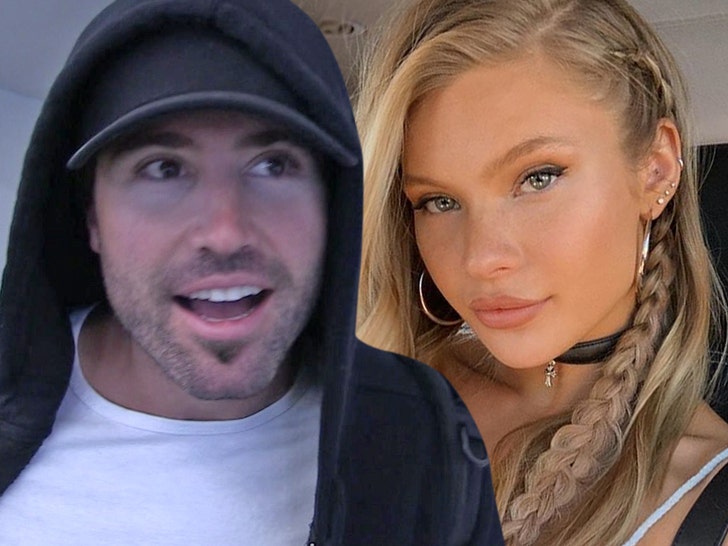 Miley Cyrus might’ve snatched up Brody Jenner‘s ex, Kaitlynn Carter, but he isn’t batting an eyelash over it — the guy’s already found a new distraction … one Josie Canseco.

Sources familiar with the new pair tell TMZ that Brody and Josie have been seeing each other as of late … and that they seem like a good match for now.

We’re told the Victoria’s Secret model first met Brody during a ‘Hills’ press tour in New York, where they were introduced at a hotel party through Frankie Delgado and Brandon Lee — both of whom are also on the hit reality show that was recently revived.

Our ‘Hills’ sources say Brody and Josie hit it off, and have been hanging out A LOT over the past few weeks, kissing each other and showing tons of PDA around friends. They seem to be taking things somewhat slow, we’re told, but it’s clear they’re romantically involved.

Perfect timing, really … Kaitlynn seems to be moving on with Miley … who’s apparently BEEN over hubby Liam Hemsworth for a while now.

Here’s another thing — our sources tell us even though Brody referenced Miley and Kaitlynn (and Liam too, cringey as it was) … it’s not a reflection on what’s occupying his mind. We’re told Brody’s over Kaitlynn after their split and couldn’t care less who she dates.

As for Liam — who’s been the most tight-lipped about all the drama out of everyone involved — he piped up Monday in Australia, telling a pap he didn’t wanna talk about it.